This Valve Position Sensor Is Rugged and Outdoorsy

Most valve position sensors on the market today are designed for process valve automation applications and environments where limit switch boxes with mechanical, magnetic, or inductive contacts are typically used to detect the position of the valve in valve actuators.

Granted, valve sensors are used in process plants, but these are areas where there are no great temperature fluctuations; there's no wind or water, or corrosive and potentially explosive elements to deal with. But in a world where oil and gas exploration is becoming more prevalent, where hydraulic fracturing (fracking) is revolutionizing these industries, and where there are thousands of offshore platforms in the Gulf of Mexico alone, the demand for more robust valve position sensors has grown significantly.

Enter our F31K2 premium series of valve position sensors.  The F31K2 is designed for really tough and diverse outdoor applications, in addition to Ex classified areas in the international market. Different housing materials and connection options are used to make the F31K2 resistant to impact, salt water, temperature fluctuations, corrosion, and UV rays. It has a large terminal compartment with conduit entries for larger-diameter cables, and because it mounts directly onto standard actuators, it's compact and easy to install. 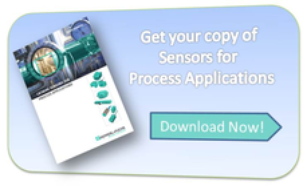 Pepperl+Fuchs is a leading developer and manufacturer of electronic sensors and components for the global automation market. Continuous innovation, enduring quality, and steady growth guarantees continued success, since more than 60 years. Pepperl+Fuchs employs 5,600 people worldwide and has manufacturing facilities in Germany, USA, Singapore, Hungary, Indonesia and Vietnam, most of them ISO 9001 certified.